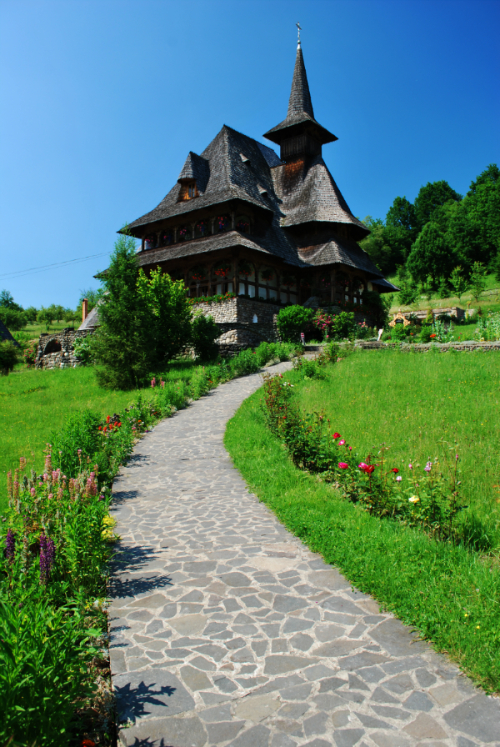 The region of Maramureş is located in the extreme north of the country, bordering Ukraine (yes, the temptation to cross also this border was strong …). Life here seems to have stopped at 1800: the peasants go to work on horse-drawn carriages, hay is made of handmade and the oxens pull the plow. Gypsies, many, with colorful clothes on the women and with mustaches and dark hats on the men, move on large carts overloaded.

The first place I visited is Săpânţa, located in the Cimitirul Vesel, that is “Merry Cemetery”, unique in all the word, where the tombs are painted with scenes depicting moments in the life of the deceased and are inscribed with a humorous poem about him.

But the area is also famous for its wooden churches, belonging to the Romanian Orthodox Church, the first of which dates to the sixteenth century. Many of them are UNESCO World Heritages: narrow and tall towers, there is not a trace of other materials that wood, not even a nail, the craftsmanship of the carpenters  is quite amazing.

Edit: in Barsana there`s a marvellous monastery, this photo can give you an idea about it.

Where I stayed? In a private house, where food for dinner, based on bean soup, sausage, cheese and bread and breakfast, based on pancakes, plum jam and milk, was all homemade. 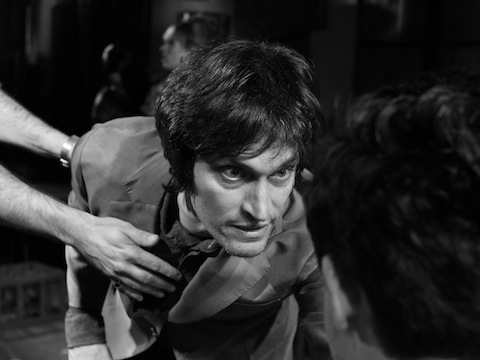 After strong pressure from my public here I am back online.

After Timisoara I stopped for a few days in Arad, where, in addition to the street-market where I tasted a delicious “langos” with sour cream and cheese, I visited the beautiful town hall and several houses in baroque and secession style. Along the boundaries of the city flows the river Mures, beyond which lies the area of summer vacation: the inhabitants of the city rent a house in the period from May to September for relaxing. The peculiar thing is that this area is far. .. 100 meters from the city itself.

Left Arad I had a break of several hours in Oradea (in Italian Grand Varadin …) before arriving in bustling Cluj Napoca, on of the biggest cities in Romania. There are some foreign community, germans and especially hungarian; the result of this coexistence is clearly visible in the architecture, really interesting. With a great stroke of luck I arrived during the final weekend of TIFF, the Transylvania International Film Festival, so I saw two films: The Aviatrix of Kazbek, Dutch production, and Tetro, the last work of Francis Ford Coppola, who was impressive in the stylistic choices.