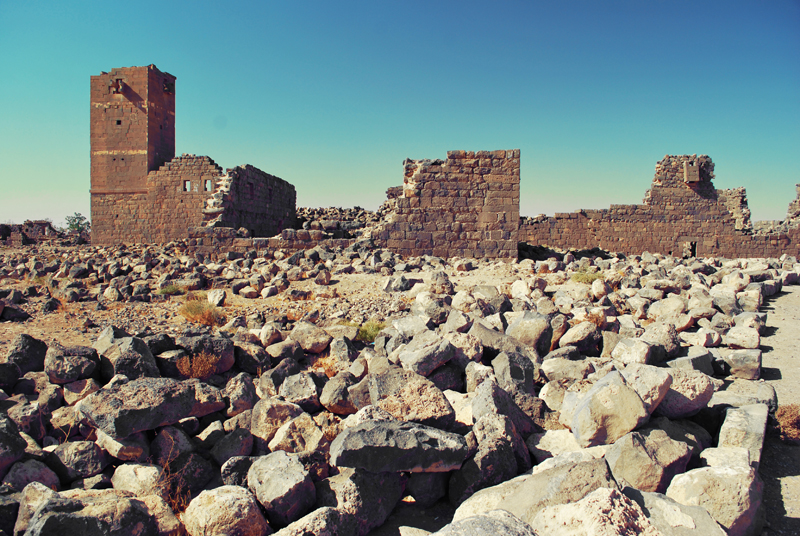 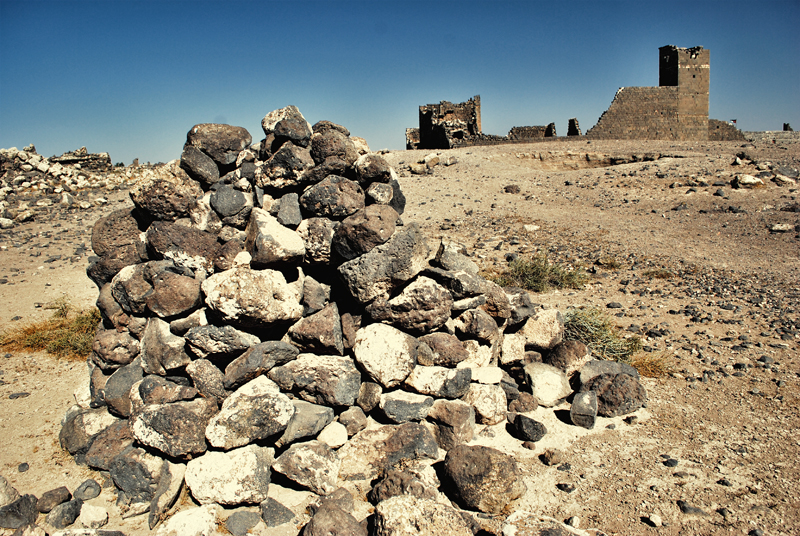 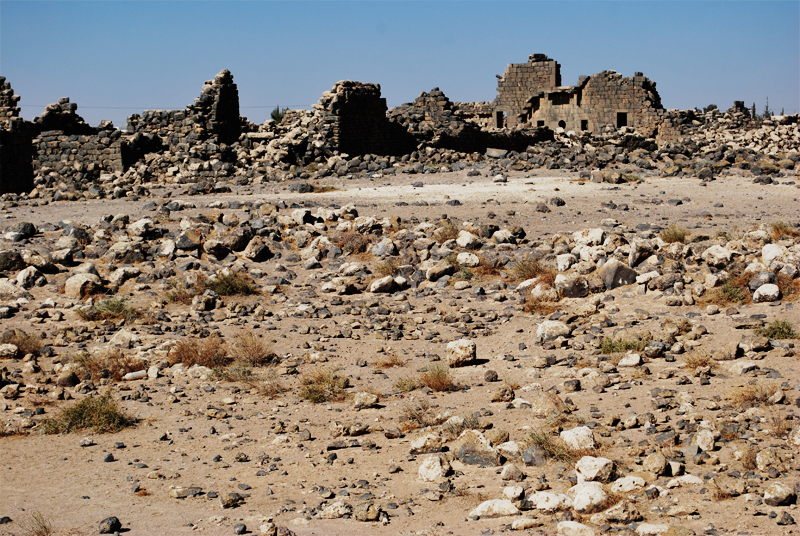 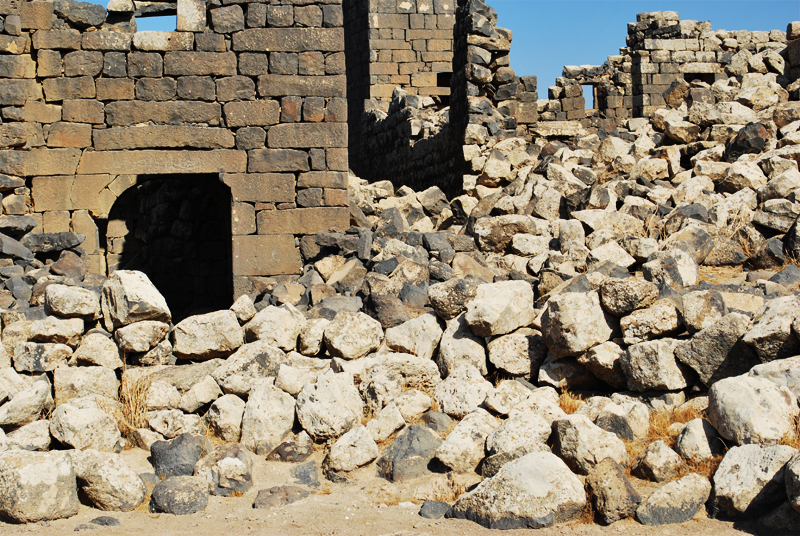 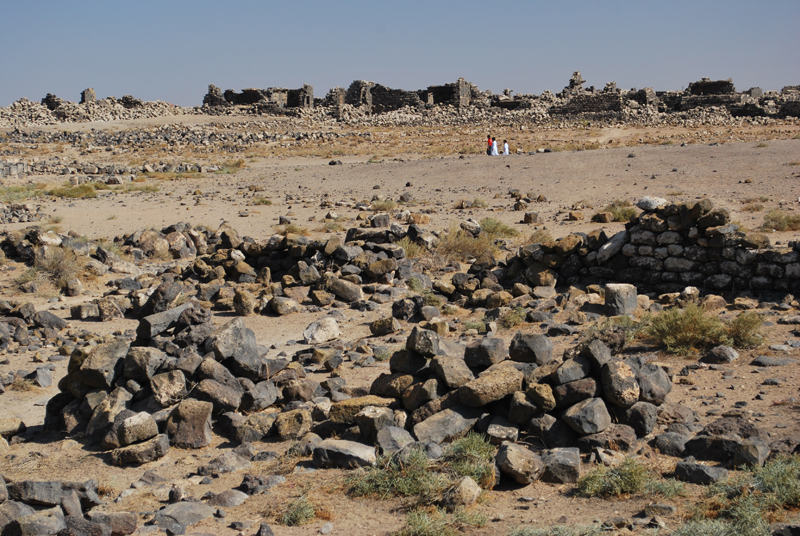 Desert castles: they call them that way, but actually only a few have been castles.

They are mostly hunting pavilions, old villages, small fortress and caravanserais, palaces where caravans used to stop during their long merchant travels.
Today most of them are only a bunch of ruins.

I rent a car in Amman, for visiting some: there’s a big car-renting shops area, that is pretty far from the city center. And Amman is not a hole. Got off the cab, I start to ask in all shops, placed side by side (this is very convenient), for the “cheapest car”. In the end I take a Hyundai in a local agency, for 3 days at a cost of… I don’t remember. :)
My first stop is Umm el-Jimal.

It was a village founded by nabateans, in the first century A.D., according to greek and nabatean inscriptions found on site.

My feeling while walking among thousands of basalt blocks, only remnants of a flourishing center, is lost, mixed with a bit of melancholy.