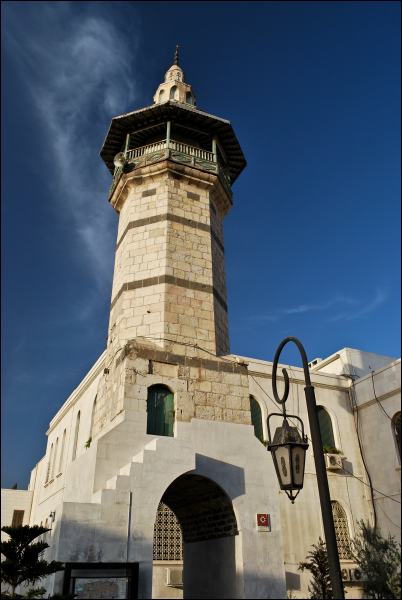 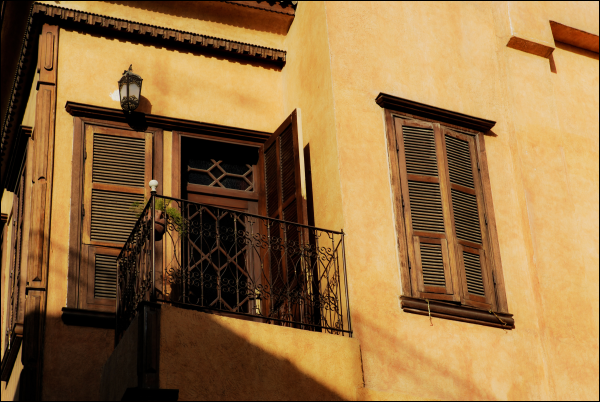 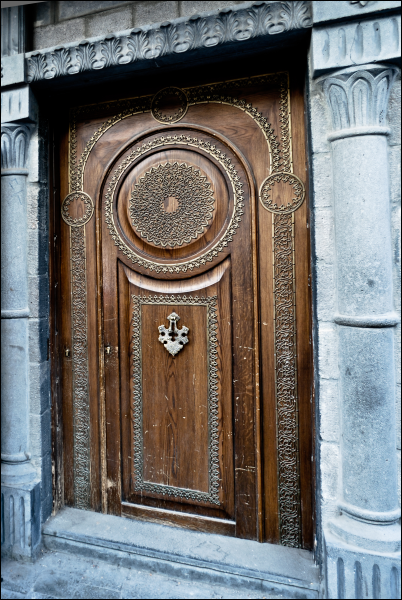 Unfortunately a nasty business happened. One more time.
I lost all photos of Lebanon, at least you had a little bit of them in previous articles, and all those one took in southern Syria. I have very few of Damascus, made in the last days: I hope you’ll like them.

This is the city just after sunset. Top left, illuminated with gold, you can see the Great Umayyad Mosque:

A mosque along the “Straight street“, a former Roman “cardo maximus”, at the end of which now stands the Christian Quarter:

Facade of a damascene house:

Detail of a gate:

Detail of a gate

A gate in Damascus

Ps: a damn to the guy who burned the back-up DVD. Empty.

Damascus is oldest continously inhabitated capital of the world.
You breath a totally relaxed atmosphere, despite the traffic jam and the crowd: shops open not before 10; people stop many times for a the or to smoke a shisha (narghile), as they don’t have other business.
The old city, enclosed in a circle of walls and ancient houses, is a kaleidoscope of lives, of faces of syrians and tourists and  business men, of situations and traditional and fascinating activities.
In this capital with millions of inhabitants, on sides of electronic and not-original software shops, there are carpenters, copper-plates engravers, leather craft workers.
Small hand carts beyond luxury suvs parked on street sides.
And dirty workers, students, women with kids and well dressed men sit on plastic tables in a foul kiosk.