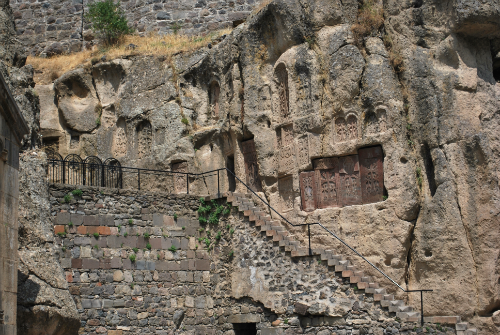 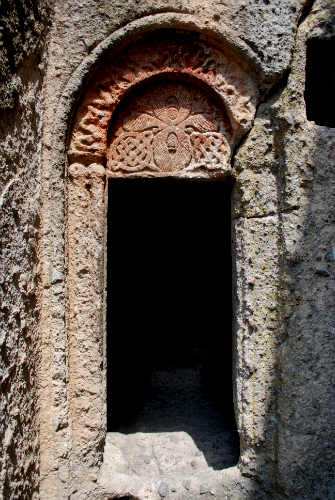 The day after visiting Echmiadzin I’m in Geghard, again in a day trip from Yerevan.

Founded in the 4th century by Gregor the Illuminator on the site of a sacred spring inside a cave, also this site is world human heritage of UNESCO. By the pics you can understand why:

It seems a site from tales: 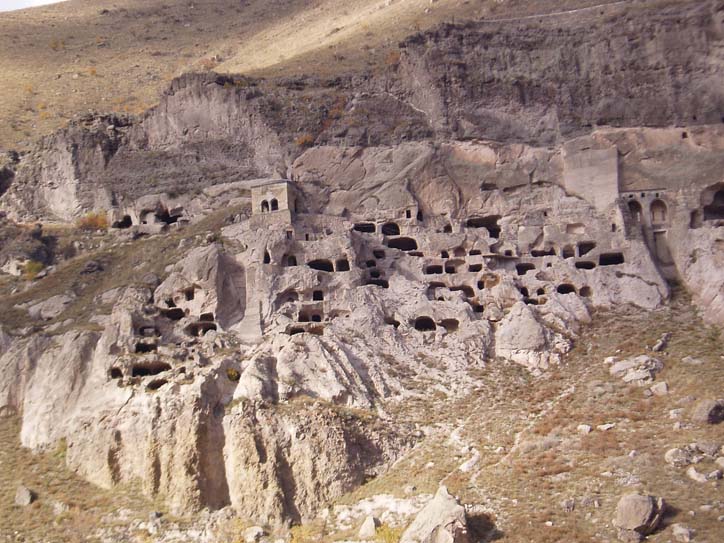 From Batumi to Akhaltsike after 7 hours of travelling by minibus, from there to

Vardzia, amid breathtaking gorges, by another minibus, in one hour and half

of reckless driving. But it was worth it.

I stayed in a “hotel” in front of the monastery, wooden walls, garden and bathroom sink-hole in the wood behind the garden. 6 euros per night, rustic style.

There were Dutch husband and wife,  and a family consisting of father, a nice German, a Swedish mother and child. But the highlight was Lazare, an Orthodox Monk who lives in the monastery: long beard as is traditional, blue eyes and a bit of belly due to beer and vodka. A myth.

About Vodka: they were preparing a gallon in the garden, and promptly offered me two glasses. After one of wine.