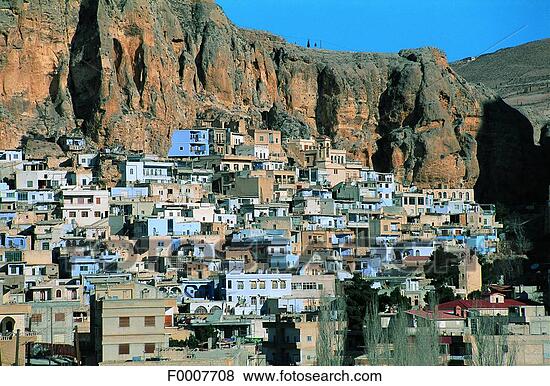 Jesus spoke aramaic, one of the oldest languages of the world, whose alphabet follows directly from the Phoenician one.
Today is a dead language. Except in Maaloula and in two other surrounding villages.

In this small town about fifty kilometers from Damascus, of Melkite Christian confession, seems to have been the miracle of Santa Tecla: the woman, ran away from his family who did not approve her conversion to Christianity, was about to be captured by his father’s soldiers. Reached the top of a mountain she began to pray; so the mountain opened, allowing her to take refuge. The saint’s relics are kept in the homonymous monastery.