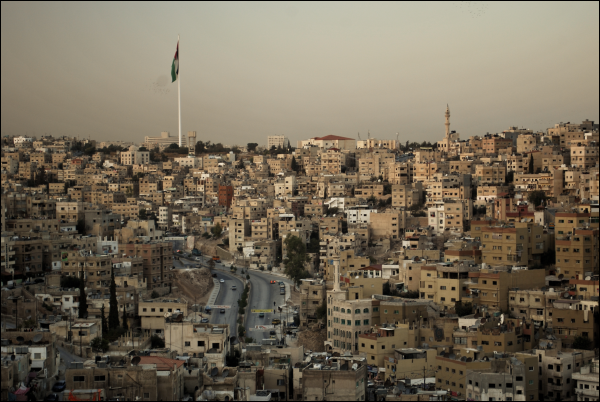 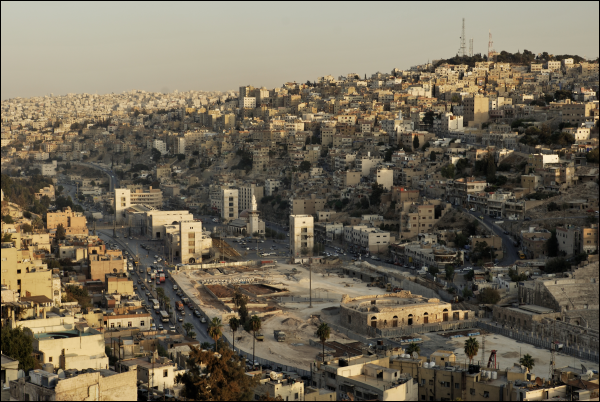 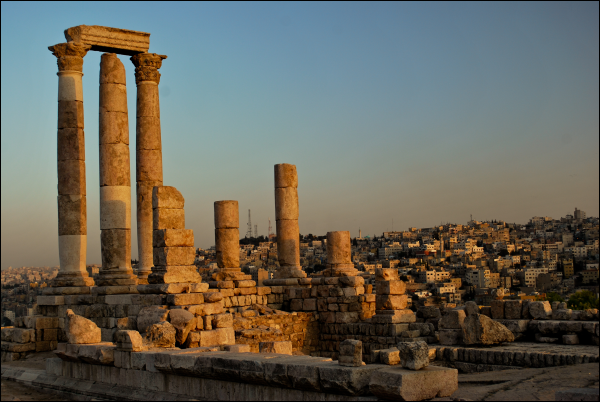 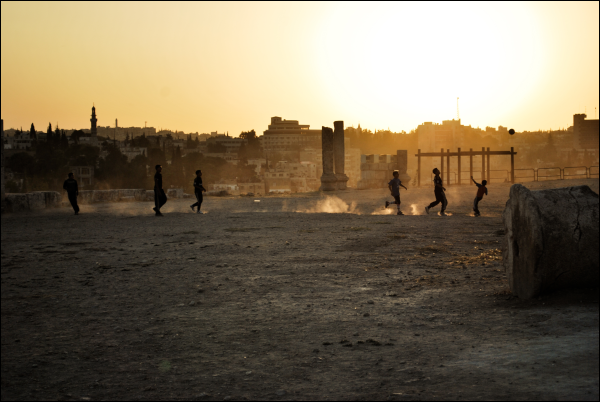 The ancient Philadelphia has three million inhabitants, making it the most populous city in the country. The old town where you can find the citadel and the roman amphitheater, is flanked by the modern one, with luxury hotels, nightclubs and trendy restaurants. The jordanian capital is built on 14 mountains, and move out of the downtown is really difficult.

In fact the city is is planned in “circles”, or roundabouts, to which people refer. Only the main street names are the known, otherwise you’ll have your taxi driver said “I would go to the seventh round”.

Visiting the citadel worths especially for the city’s skyline, best at sunset.

And there I ran into a football practice match, between the last sun glow and dust.

Football match in the Amman citadel